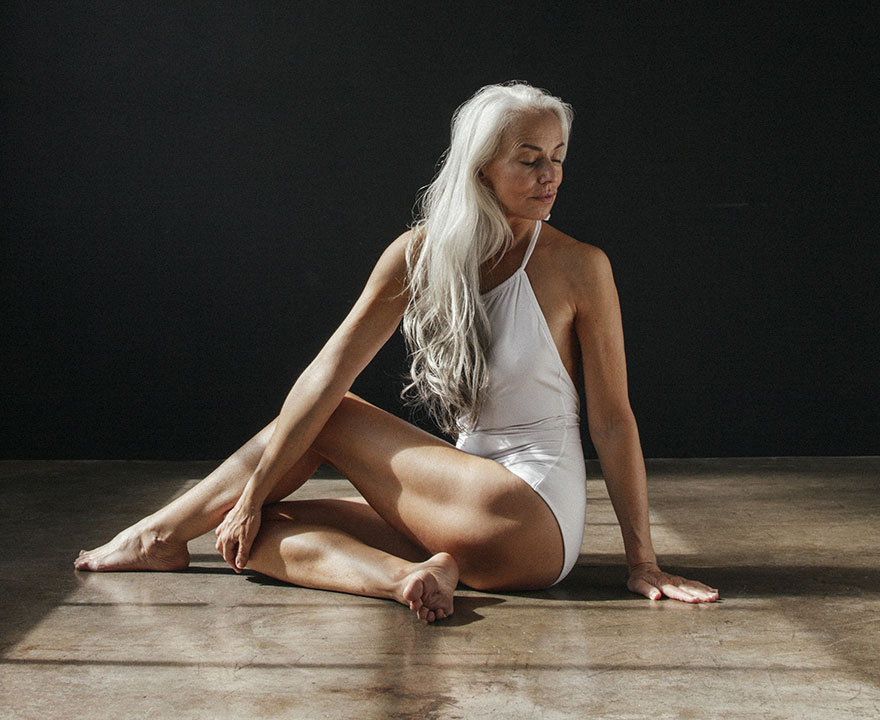 In recent months, a number of activists have proven that just because one is growing older doesn’t mean they need to kiss their good looks, happiness, and vibrancy goodbye. From “China’s Hottest Grandfather” to mature swimsuit model Yazemeenah Rossi, these folks are proving that age is but a number, and that good dietary and lifestyle habits will serve one even into their later years.

Rossi, especially, has captured worldwide attention because she’s not like most swimsuit models. In fact, this is what the Malibu, California, resident was intending when she collaborated with online shop and a lingerie house.

The 61-year-old is the epitome of grace and beauty, and Dreslyn founder Brooke Taylor Corcia had similar to say about the model. The entrepreneur wanted the simple yet raw collection to draw focus to women and their identities, rather than objectify their bodies.

“This is a woman who radiates health and vitality. She’s confident, she’s a visual artist, she takes care of herself. This is all about being a person who’s well-lived and well-traveled and has intelligence and confidence, and letting that shine through.”

She told that there is no big secret. All she have ever done is eat organic food – long before it became trendy.

“I take oil and use it on my skin. I put rapeseed oil on my hair. I scrub my skin once a week with olive oil and fine sugar, and I eat an avocado a day and organic meat and fish,” she told.